GASLIGHT: The Battle of Wadi-Dahel.

The Battle of Wadi-Dahel was fought last Saturday at the Sentry Box here in Calgary. The first time in about 10 years I played G.A.S.L.I.G.H.T. outside the basement. 'The magic always happens outside your comfort zone' my guru says. Please have a read. This AAR will be a texty one so crack a cold one, pop a cork or put the kettle on.

My earnest apologies for the photos, my camera was decidedly not into it that day. So in the usual Teenage Visigoth fashion, I've crudded up the crucial but lousy pix with effects and old timey stuff.   Don't send me emails asking for nicer clearer pix with more detailed and clearer pictures. There are none. Next time I'll use my iPhone.
Forces of the Empire tasked with eliminating the Dread Pirates of De-Nile assaulted the various Reavers, Slavers and Rogue Spice Merchants assembled around their stronghold fortress at Wadi-Dahel, a days march from the much less hospitable Wadi-Dafuq.

Commanding the Polyglot Forces of the Empire were Rob, Neil, Mike and the Other Teenage Visigoth (yes, the former pre-Teen Visigoth has leveled up) Liam. I ran the Home Team.  Rob, ascot wearer that he is commanded the Brave Officers and Jolly Jacks of the HMS Callipygia a well equipped force sporting a Gardner Gun and possibly the finest light operetta company in the Red Sea Fleet.
Always up for good challenge and better disaster, Mike led the Camel Corps into their moment of brief glory. Neil, lover of ground-pounders took the brave 23rd Cuminpore Rifles and bold Jemadar Garam Singh, now supported by Dafadar Stampy the Regimental Elephant and Mascot.  Liam as Major Grey led the Prince of Methi's Own 11th Light Infantry supported by a deadly but unwieldy Gatling Gun.

Our brave lads stuck the Camelry on the right flank and the Shore Party on the left. The two Sikh units and their support were given the task of assaulting the centre.

Strung across a series of Ancient Ruins and well constructed redoubts the slavers and pirates awaited the Wrath of a Very Displeased Empire.

Facing the Camel Corp, Pasha Spice the Rogue Trader and his motley riff-raff lurked behind the Ancient Ruins ready ambush the over confident column. Next over, the cunning El-Halloum and his slightly better equipped pirates readied their rifles and sharpened their big curvy tulwars. Bold in the center, the elite of the desert raiders, fanatical guardsmen await the chance to dispatch the unfaithful.
Holding the other flank was Prince Haile Unlikely and his Beja badasses. Erstwhile ally of what ever side paid him the most, Haile Unlikely was a brave, deadly and undependable asset to the slavers.
Well ensconced in his fortress, Commander Lahad surveyed his positions and was pleased. Even if the filthy dogs wiped out the Beja (no loss) or crushed the pirates (pain in the ass really) they would break like waves against his fortress which was well secured with men armed with the latest Mauser rifles (he really must send a thank you note to Count Von Shneverdingen).


Our bold commanders sketched a simple but logical approach. The two Sikh units would move to engage the centre. The Naval Brigade would fire upon the Beja, pinning them. The Camelry would wait to exploit an opportunity.

Of course, it really didn't work out that way. Sensing a weakness in the Slaver's deployment, 'Black Jack' McCracken led the Camel Corp in a desperate charge. Despite the misgivings of Lal Singh the veteran guide, the Camelry caught the Pirates of De-Nile unprepared and plunged into their ranks.
As we see, the fighting was close and desperate. The Pirates of De-Nile being trapped between the Fortress and ruins had no choice but to fight. And fight they did, close up and dirty as they were used to. In short run, both forces were decimated. Only an NCO from the Camel Corp, Sgt Hawkeswell and the shifty Ali-Sin-Badly remained (see below) locked in mortal struggle.


On the other flank  (sorry no pics, bloody camera) the Naval Brigade advanced against the Beja moving slowly keeping pace with ungainly but deadly Gardiner Gun. Unwilling to remain penned up behind their ambush cover, the Beja erupted in a charge. Bravery and savagery overcame the battle plan. The Beja suffered some casualties from the rifles of the Naval Brigade, but held to their courage and closed ranks with the Jolly Jacks of the Callipygia.

Sword against Cutlass!
Prayers and Chants against Gilbert and Sullivan!
Prince Haile Unlikely swept through the ranks of the sailors beheading and disemboweling at will. 'Somebody shoot that bloody fellow!' bellowed Lt. Crankshafte Whrillingate, angered that the Beja prince had just relieved his star tenor of his head.
The crew of the Gardiner Gun wheeled their mechanical machine of multi-fire murder and gunned down the brave prince. (He made no less than 6 saves against the Gardiner Gun while he cut down swabbies). The survivors of the Callipygia reformed and held their position, but proved unwilling to re-engage into the fray. The bodies of the brave Beja littered the field. Like the other flank, mutual decimation.


The centre of the slavers army erupted catching the Prince of Methi's Own 11th Light Infantry in the process of forming up. The 11th was slowly escorting the mighty Gatling Gun which had been firing (quite ineffectually) on the tower guard and was closing range. The 11th scorned as a parade ground unit was initially shocked by the charge, but dug their heels in, remembered their pride and re-engaged the pirates with cold steel. In the end, the pirates broke and the 11th held their position, no longer parade ground pretty-boys, but cold eyed veterans who had stared death in the face.  The Gatling crew was sniped down one by one, but had shot up the guardsmen around the tower, driving the remainder into the tower proper. Surviving the wreck of the gun, Major Grey was forced to take cover behind the Crumbling Monoliths of Cultures Past.

A volley of vengeful fire from the tower repeatedly raked the formations of the 23rd Cuminpore rifles (the 11th being covered from their sight and spared the revenge), picking off their brave NCO and several troopers. Unable to respond in the open, the Sikh's nerve broke. Half charged the entrenched Slaver's Guardsmen and one brave fellow singlehandedly occupied the abandoned Beja positions.

Seeing this carnage emerge, Jemadar Garam Singh and Dafadar Stampy the Regimental Elephant and Mascot took brave action and the pair charged the enemy lines. They stormed the gun redoubt.
The gunners faced with an elephant charge and a six-gun wielding Sikh hero gamely held their ground, but in the end were quite unmatched. Dafadar Stampy, his dander up turned his fury on the surprised guards below the hill and plowed into them.  The guards were game and held against Stampy. The remnants of the 23rd and 11th threw themselves into the melee and pushed the fanatical Ansar guards back.
Hoping to help their brethren, the garrison of the fortress turned their guns and blazed away at the rampaging elephant. All shots missed. As Neil quipped, 'it's official they can't hit the broadside of an elephant!'.
I think in contrast, these fanatical warriors were less inclined to perforate a pachyderm than hammer hostile heathen hordes.
Whether it was their soft heart or inept marksmanship, the futile fusillade cost the Slavers the battle. Wiped out on both sides and hotly engaged in the middle, the Slaver's garrison could only await the outcome.

As it was, the Forces of Empire were feeling stressed as well. The Camel Corp had ceased to exist and the Naval Brigade had decided to sit out the rest of the fight. Despite the elephantine assault on the redoubt, the remnants of the 11th Light Infantry and the 23rd Rifles were slowly spending their strength against fanatical Ansars who would die rather than run.

But lo....was that hero in the distance? What Champion of Empire advanced, heedless against heathen hosts? 'Twas Sgt Hawkswell. Last Survivor of the Camel Corp. Bloodied but unbowed, with the tattered Colours wrapped about his waist wielding only his blood crusted sword-bayonet like a second Richard Coeur de Lion broke upon enemy hosts. He threw down their leader and proceeded to mow through their ranks, heartening the stalwart Sikhs whose valour had been sorely tested. He had at last driven off the crafty Ali-Sin-Badly and hearing the clarion call of valour, proceeded to where the action was the thickest.

Looking down from the redoubt on the hurly-burly below him, Jemadar Garam Singh knew that desperate action must be taken lest the Slavers sortie from their fort and disperse his exhausted comrades. Summoning his few remaining followers he re-manned the cannon. Hauling the gun about they trained their sights on the Fortress of Wadi-Dahel. Their shot crashed against the stout stone-work of the fortress. While not harming any of the garrison, it startled the smug slavers. Confidence gave way to unease, as their own weapons were turned against them.

Between tower and redoubt, the fanatical Ansar guards had finally broke to the combined assault of the 23rd Rifles and the 11th Light Infantry, aided and rallied by the 11th hour arrival of Sgt Hawkeswell. Freed of foemen, Dafadar Stampy commenced a one-elephant assault on the fortress of Wadi-Dahel. He charged up the banks and despite the obstacles made a very squishy mess of a rifleman.

Being isolated, shelled by their own guns and now an attack by a fearsome elephant was too much for the fortress garrison. Their morale shattered and they fled the tower, casting down their arms to better speed their escape.
Commander Lahad, seeing his last chance for victory blow away like dust in the summer winds cursed his evil fortune. But unwilling to die like a hero, he too skulked into the ever-twisting canyons of Wadi-Dahel.


Mentioned in Dispatches
Nothing goes to plan. Whether players or referee. But there you have it, a series of misadventures winding up as a Grand Epic of Adventure in Foreign Climes.
As with pretty much every G.A.S.L.I.G.H.T. game I've played, decisive action by Main Characters will swing the battle. We may mourn Veteran Guide Lal Singh and Black Jack McCracken, but their sacrifice destabilized the Slaver's lines and embiggened the other players to take the Action of the Tiger. Inasmuch the gallant actions of Prince Haile Unlikely stymied the Empire's Best.

I'm going to run the same-ish gig at Mayday in Edmonton. Which to my encouragement, I learn my event is fully booked. This time; steamtanks and dinosaurs! I might even regenerate this for a FallCon event.

We had, betwixt bloodshed a fun commentary and discussion of the ideology of 'colonial gaming'. I was interested to note that some gamers who would at the drop of a hat design, paint and game the current misplaced adventurism in Iraq felt uncomfortable riding the steampunk Tardis back to a mostly imaginary clash between European Imperialists and Ethically Challenged Religious Zealots.
This is interesting. I have never encountered that attitude before.

I will write more about this in the future once I calibrate my thoughts.

Listening To: Helen Merrill- Phoooowarg...
Drinkin': Oriveto Classico...sweetish for Italian white and my taste, but tasty and in quantity today.
Posted by Teenage Visigoth at 21:30 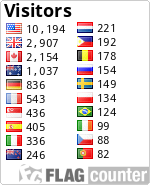