Wrath of the Khans

FallCon 2010 will see the return of Samurai Night Fever. Now with 300% more light horse!
This year 'Samurai Night Fever II: The Wrath of the Khans' expands the tournament to encompass all those wonderful horse armies of the plains. Previously, an army was eligible if it had 'japanese' or 'samurai' in the title or was a legit, listed enemy of one of these armies. 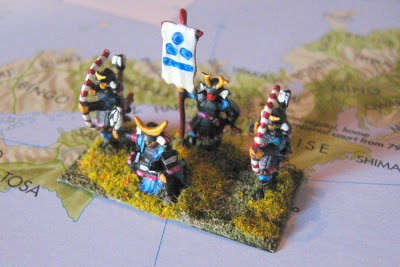 Lord Saketumi, Early Samurai Bow General
Now, the keywords are; 'japanese', 'samurai', 'mongol', 'korean', and 'chinese'. Armies that include those words in their names or are legitimate enemies of them. Books II, III and IV only. Sorry Shang Dynasty, but I had to make the call some place.
And let's try to keep things 'east of the Urals', ok? If you try to convince me to let you play Teutonic Knights or some other sort chainmailed euro-army I will use my Toshiro Mifune grade scowl on you , humiliating you in front of the cool DBA players who brought awesome Asian armies to the tourney. 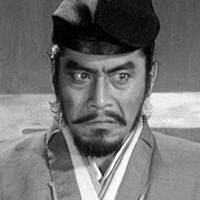 fear the scowl.....
Sound good? I hate compiling lists.
The FallCon first Friday DBA tourney has the tradition of being easy-going, n00b friendly and a little odd. I'm pleased to continue this tradition. Rules will be posted later and will be pretty simple; kill the enemy general, sack the camp, rout the army. For those of you who are so inclined and require a textual basis for this, I will be posting more concise paragraphs at a later date.
So, get painting! If you need some resplendent inspiration, here's another video from Altan Urag, not just my favourite Mongolian Folk-Rock band, they've been stuck in my head and in my MP3 player.
This is a little more moody and less bloodthirsty than the last one I posted. While you listen go over to Neldoreth's site and read about his Mongol project: http://www.hourofwolves.org/?view=articles&which=mongolProject
Posted by Teenage Visigoth at 12:32