(I recovered some pix and here's some very biased AAR's from April's games, enjoy!)

Attack from North Africa! Dateline: Valencia.
In a move of unprecedented savagery, seaborne raiders from North Africa descended on the peaceful Valencian coast. Raiding inland they sacked several small towns, driving the people before them. At their head, the unpredictable and avaricious warlord ibn-Yahya demanded tribute and loot.
Victorious Champion of the Andalusian peoples, our flower of the battlefield, smiter of Norse bandits and bane of Leon,  Warlord of Cordoba al-Joehmar met the North African raiders.
Unprepared for such savagery as the North Africans unleashed, the Flower of Battle was driven back, his horse scattered and his camp taken. He has now retreated to his stronghold of Cordoba to rebuild his forces. He was unavailable for comment.
Market analysts suggest that slave prices will hit the roof as a result of this incident, particularly oud players and dancing girls.
Raid in Lombardy! Dateline:Pavia
Fresh from a series of successful lightning raids on the Andalusian coast, Ibn-Yahya set course for the Italian peninsula. Expecting no resistance from the timorous Italians he conducted a high risk amphibious landing.
Unfortunately for him, he was opposed by the fierce Lombards. Early reports are that the landing were stopped on the beaches and the North African marines suffered severe losses attempting to stop the heavy Lombardic knights.
Ibn-Yahya has withdrawn to his stronghold and has set about revising his amphibious landing tactics.

Lombards and Andalusians painted by neldoreth. 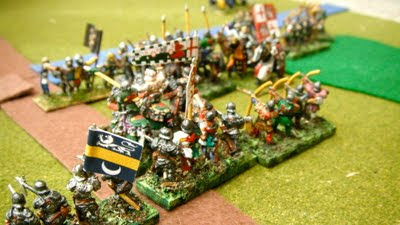 (I really don't remember what armies these were. I think we are looking at Don's WoR vs Mark's Medieval Morph.)


Will update as soon as the identity of the combatants is established. 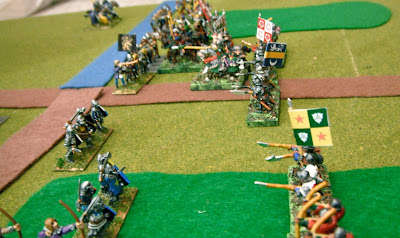 Posted by Teenage Visigoth at 17:23 2 comments: 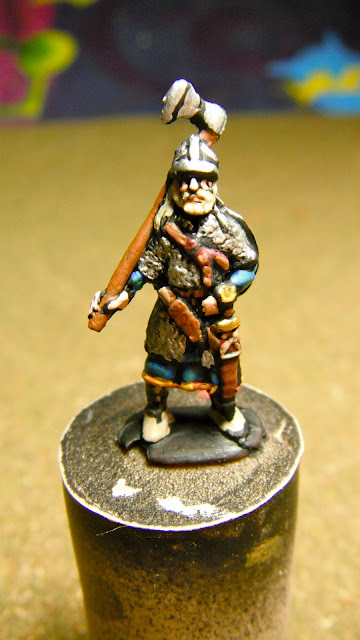 The Beginnings of Barbarism

Posted by Teenage Visigoth at 23:14 3 comments:

I've added more miniatures to the sell-pile. Go to the sale page here.

A wonderful mixed lot this time. More Scots Highlanders than you can shake a caber at, form both Essex and Minifigs. I bought them to fight in and with my 15mm HoTT pirate armies. Rob Roy vs Blackbeard. It suits my aesthetic.

Also more Essex in the form of gorgeous medieval spearmen. Plus some very funky Islemen.

As usual the prices are low. Help me find good homes for them.

-Sean
Posted by Teenage Visigoth at 14:09 No comments: